OneDrive is not syncing my files

OneDrive was working, but now it is not syncing my files, and the icon is missing from system tray

If OneDrive isn't running, and when I try to start it I get an error like this, or you need to force a version update:

Unfortunately, OneDrive can sometimes... just vanish. So far the only effective repair is to reinstall the client - even if you are using Windows 10 (which is meant to include it).

The official link to download the latest fully released production version (for Windows) is https://go.microsoft.com/fwlink/p/?linkid=844652. This works on Windows 10. 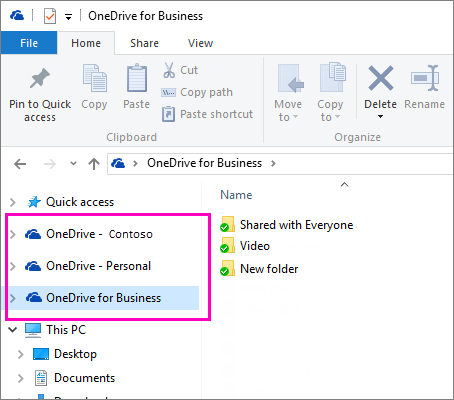 How to move documents to a new OneDrive Account

Our recommendation is that you move your data into the @cam account and these instructions will guide you through the process.  The storage capacity of the UIS account is 5 terabytes.

This method requires that you have enough local storage space on your computer to download all of the files in your old OneDrive account.

I deleted a file by accident how do I recover it?

If you deleted the files from your local computer, then they should be in your local Recycle Bin, and can be restored as normal!

You might need to restore from your online recycle bin if: 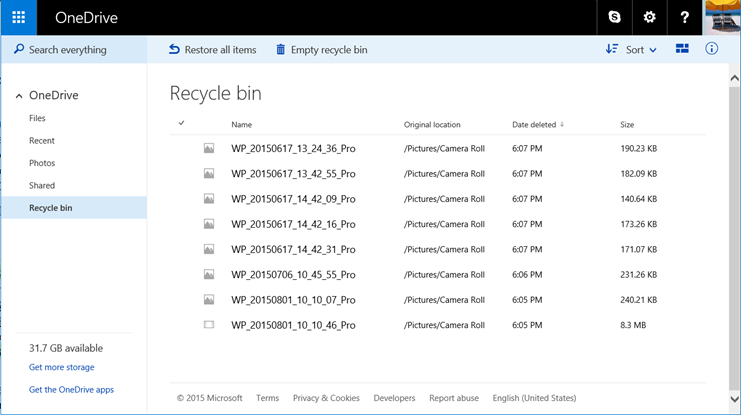 What to do if you can't find your files

Search for the missing files or folders

You might have saved the files to a location you didn't intend to, or moved the files by mistake. Go to the OneDrive website and use the Search everything box in the upper-left corner.

Tip: Search in OneDrive not only searches the names of files, it also searches the contents of the files, including text in documents, as well as file metadata, photo tags and even text shown in photos.

If you're syncing files, open File Explorer on your PC and browse to your OneDrive folder. Use the search box in the upper right to search for the missing files or folders

Check the device you used to upload the files or folders

There might have been a problem uploading the items, or the device might have lost its Internet connection before the items were done uploading.

Note: Keep in mind that it takes time for files to upload and download. Make sure your files have finished uploading before checking other devices for the files. To learn what you can do to help files sync as quickly as possible, see Maximize upload and download speed.

If shared items no longer appear, check with the owner of the items

If someone stops sharing files or folders with you, they'll be removed from your Shared list. If you want to access the items, ask the owner to share them with you again.

How do I restore a previous version of a file?

Whenever a new copy of a file is saved / synced to OneDrive for Business, it keeps the previous version to maintain a Version History. This guide explains how to use this feature.

These instructions are copied and edited from: https://support.office.com/en-gb/article/Restore-a-previous-version-of-a-document-in-OneDrive-for-Business-159cad6d-d76e-4981-88ef-de6e96c93893

View a previous version of a document

OneDrive for Business has a number of limitations on what it is capable of syncing on both Windows or OSX. A full list is available at Microsoft: https://support.microsoft.com/en-us/kb/3125202

The following characters in file names aren't supported when you sync OneDrive for Business:

There is a 10-gigabyte (GB) file size limit for each file that is uploaded to the OneDrive for Business library.

Because OneNote notebooks have their own sync mechanism, they aren't synced by the OneDrive for Business sync client. Instead, you should save your OneNote files through OneNote or the web to OneDrive. OneDrive will create a stub file in your sync folder, depending where you saved the OneNote file

Number of items that can be synced

SharePoint Online has a limit of 30 million documents per library. There are other limits on viewing a document library by using the web that may limit how you structure your files in OneDrive.

The current version of the next-generation sync client doesn’t yet have the deep Office integration you’ve come to expect. We are working with the Office team to bring this integration back as quickly as possible. In the meantime, if you typically open synced files from Windows Explorer, you will be opening the local file instead of the file that’s stored in SharePoint Online. There are several limitations: